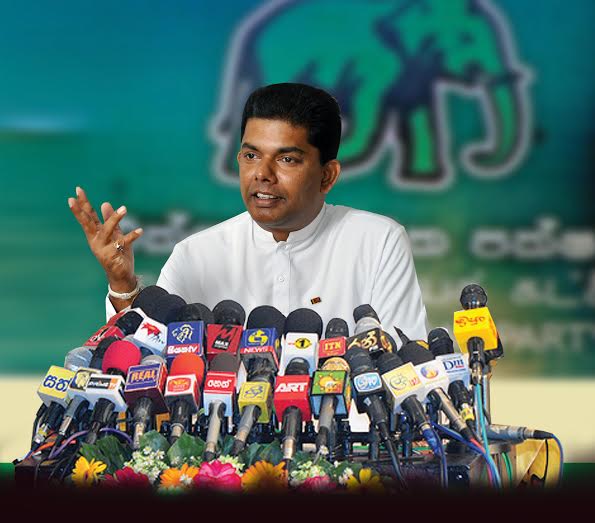 As the United National Party (UNP) is about to contest separately at the General Election, it does not matter to whom the United People’s Freedom Alliance (UPFA) grant nominations to, Minister Gayantha Karunathilaka asserted.

The observation was made at a press conference held today (06), in response to a question about whether the UNPers have lost faith in the President with the controversial decision to give nominations to the former President.

“They have the freedom to decide to whom they going to give nominations. From the very beginning, we were of the view that the UNP will contest separately at the election. We secured the victory at the January polls. Same will happen at the General Election,” said Karunathilaka.

TAGS :  Minister Gayantha Karunathilaka ,  Minister ,  Gayantha ,  Karunathilakam ,  General Election ,
Disclaimer: All the comments will be moderated by the AD editorial. Abstain from posting comments that are obscene, defamatory or slanderous. Please avoid outside hyperlinks inside the comment and avoid typing all capitalized comments. Help us delete comments that do not follow these guidelines by flagging them(mouse over a comment and click the flag icon on the right side). Do use these forums to voice your opinions and create healthy discourse.