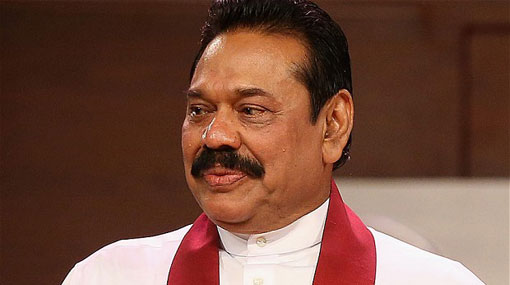 Former President Mahinda Rajapaksa has rejected as “exaggerated allegations” made by the United National Party (UNP) regarding the spending of a sum exceeding Rs 9.4 million for a “Rajapaksa family breakfast.”

Former UNP parliamentarian Nalin Bandara had said, at a press conference on Monday (6), that the Rajapaksa family had ordered breakfast for over Rs 9.4 million from The Hilton Hotel and not paid the bill.

He had produced a document from the Hilton Hotel to prove the allegation and inquired as to why public funds had been spent on a family breakfast.

However, Rajapaksa’s Media Coordinating Secretary Rohan Welivita says that the document produced by the ex-MP was a pro-forma invoice dated 11 November 2013 to provide breakfast for 1400 guests at the rate of Rs 5,200 per head during the Commonwealth Heads of Government Meeting (CHOGM) opening ceremony at the Nelum Pokuna on 15 November, 2013.

He conceded that the total bill with the service charge and taxes amounts to over Rs 9.4 million. The CHOGM 2013 opening ceremony was attended by Prince Charles and the heads of state or government of 53 nations.

“This was not a Rajapaksa family breakfast,” Welivita said in a statement.

“It would be obvious to any rational person that Rs. 9.4 million could not possibly have been incurred on a family breakfast.”

“This is very similar to the highly exaggerated allegations that we heard during the last presidential election,” he added.

He claimed that some quarters are attempting to win the upcoming parliamentary election through “false propaganda.”

TAGS :  Nalin Bandara ,  Rohan Welivita ,  Mahinda Rajapaksa ,  Hilton Hotel ,  CHOGM ,
Disclaimer: All the comments will be moderated by the AD editorial. Abstain from posting comments that are obscene, defamatory or slanderous. Please avoid outside hyperlinks inside the comment and avoid typing all capitalized comments. Help us delete comments that do not follow these guidelines by flagging them(mouse over a comment and click the flag icon on the right side). Do use these forums to voice your opinions and create healthy discourse.