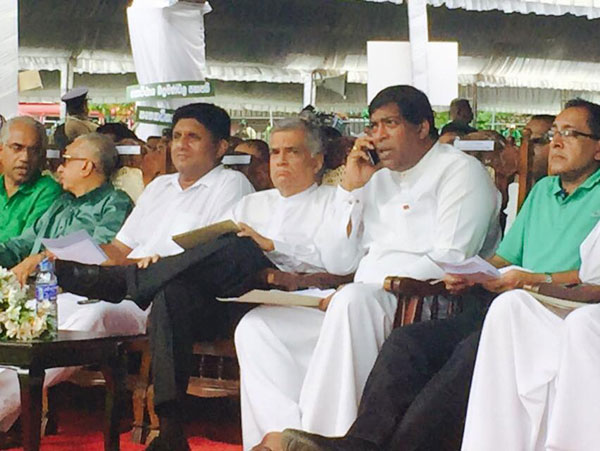 The new political alliance was approved at the UNP’s special convention currently underway at Campbell Park in Colombo while the party is to be registered after the election.

Ada Derana reported yesterday (10) that a new political alliance led by the UNP, under the name of “United National Front for Good Governance,” is to contest the parliamentary election on August 17 with sections of the SLFP and JHU.

Several prominent figures of the Sri Lanka Freedom Party (SLFP) who had not signed UPFA nominations, the Jathika Hela Urumaya (JHU) which was recently rebranded as the United National Front for Good Governance as well as certain left-leaning parties are set to join under the UNP’s “elephant” symbol.

The decision was officially announced today (July 11) after the UNP approved the proposal at the party’s special convention held in Colombo.

TAGS :  UNP ,  SLFP ,  UPFA ,  United National Front for Good Governance ,  UNFGG ,
Disclaimer: All the comments will be moderated by the AD editorial. Abstain from posting comments that are obscene, defamatory or slanderous. Please avoid outside hyperlinks inside the comment and avoid typing all capitalized comments. Help us delete comments that do not follow these guidelines by flagging them(mouse over a comment and click the flag icon on the right side). Do use these forums to voice your opinions and create healthy discourse.