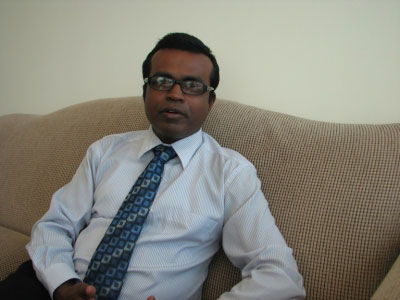 Karunaratne Paranavitana has resigned from his position as the Secretary to the Ministry of Mass Media and Information, with effect from Friday (10).

Speaking to Ada Derana, Paranavitana stated that he resigned from the position based on policy decisions. He stated that President Maithripala Sirisena has accepted his letter of resignation yesterday.

It was reported yesterday that Paranavitana had turned down nominations extended to him from the United People’s Freedom Alliance (UPFA) to contest the forthcoming General Election from the Ratnapura District.

The former diplomat, journalist and author was the one-time Ratnapura District Organiser of the Sri Lanka Freedom Party (SLFP).

A special grade officer of the Sri Lanka Administrative Service (SLAS), he was appointed as the Secretary to the Media Ministry by President Sirisena, following the election victory in January.

TAGS :  Karunaratne Paranavitana ,  Media Ministry ,  UPFA ,  SLFP ,  General Election ,  Ratnapura ,  Toronto ,
Disclaimer: All the comments will be moderated by the AD editorial. Abstain from posting comments that are obscene, defamatory or slanderous. Please avoid outside hyperlinks inside the comment and avoid typing all capitalized comments. Help us delete comments that do not follow these guidelines by flagging them(mouse over a comment and click the flag icon on the right side). Do use these forums to voice your opinions and create healthy discourse.