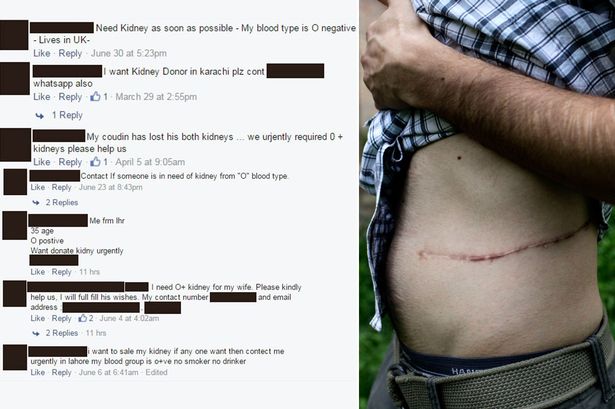 Terminally ill British citizens are buying organs over Facebook from ‘fixers’ in Sri Lanka, who organize transplantations for as little as $75,000, a trade that has come to be known as ‘transplant tourism.’

Charlotte Elves, a Legal Graduate from the University of Birmingham, who has studied the practice of Bioethics exclusively told Ada Derana ‘donations that are not properly regulated open up a big range of problems: Most importantly, it goes against the concept of human dignity, breaching international Human Rights.’

Many British patients, who are buying the organs, are those willing to take desperate measures, with an estimated 1 Brit dying every day on the waiting list. Elves stated, ‘when it comes to an issue of terminal illness, there is always a difficult discussion to be had. However, allowing kidneys to be sold over social media, not only violates the UN Charter, but detracts from the basic concept of human dignity. There is always the possibility of exploiting a donor who is very poor and has no guarantee of aftercare.’

Jeremy Dein QC, a British Barrister, speaking to Ada Derana stated ‘harvesting organs from vulnerable and desperate people is morally and legally wrong. Performing a transplant comes with great financial and medical risks, so there need to be legalities in place to ensure that there is as little risk as possible.’

In addition to this, the risk of infection is far greater, and the change of a successful transplant much lower. Mr Dein said, ‘it is clear that the poor may be prepared to facilitate death to make money out of desperation. They are too vulnerable to make a judgment. The law should regulate this extreme conduct for the sake of all, including the buyer.’
Mr Dein continued to say, ‘the law provides a regulatory body so ensure that there is no coercion or pressure when it comes to the donation of organs.

Clearly, in some of these cases, there is exploitation of vulnerable people who are not fully aware of the risks, or in a position to be provided with proper after treatment and care. This should be a criminal offence of gravity and anyone who is involved in such a deal should be charged as such: Money should not be made out of poor health and poverty.’

On the issue of kidney sales over social media, Elves stated ‘it is not Facebook that is specifically the problem and it is not the site that should be held liable. However, donations must be regulated by an independent assessor with legitimate authority, to ensure that all human rights are being respected.’

The allegations have fuelled concerns about the rising black market trade in human organs. Mr Dein concluded by saying ‘those who encourage and exploit such people and activities are dangerous. The law must intervene to prevent the perpetration of such conduct.’

The Daily Record & Sunday Mail previously reported an investigation, which claimed a Sri Lankan fixer had organized more than 100 deals, which include flying out Brits to Sri Lanka to undertake the operation. The investigation reported many are being ‘lured by unscrupulous dealers who match poor donors with paying patients- for a hefty fee.’

TAGS :  Facebook ,  British ,  Sri Lanka ,  transplant ,  kidneys ,
Disclaimer: All the comments will be moderated by the AD editorial. Abstain from posting comments that are obscene, defamatory or slanderous. Please avoid outside hyperlinks inside the comment and avoid typing all capitalized comments. Help us delete comments that do not follow these guidelines by flagging them(mouse over a comment and click the flag icon on the right side). Do use these forums to voice your opinions and create healthy discourse.