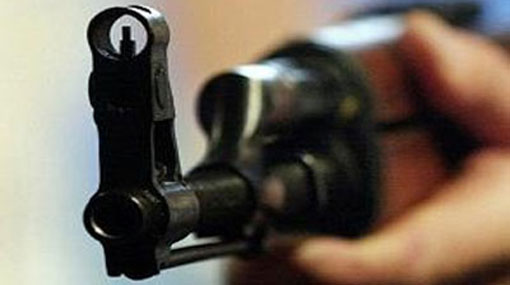 The police on Monday (20) have arrested three armed army soldiers in civvies who were travelling in a white-coloured van with fake number plates, the police Spokesperson said.

The suspects were arrested by a patrolling team attached to the Mirihana police last evening at around 7.30 p.m. police Spokesperson ASP Ruwan Gunasekara told Ada Derana.

The arrested soldiers have been identified as personnel attached to the personal security squad of a Major General, Gunasekara added.

“The officials have also seized a firearm from the possession of the suspects. During the preliminary interrogation, it has come to light that these soldiers are attached to the Major General’s personal security detail,” he said.

The Spokesperson said that a request has also been made for the Military police to produce a report concerning the firearm and ownership of the vehicle.

The suspects will be produced before the Magistrate unless the report is produced by this afternoon, the Spokesperson said.

TAGS :  Major General Prasanna Silva ,  Major General ,  Prasanna Silva ,  white colour van ,  army ,  Ruwan Gunasekara ,
Disclaimer: All the comments will be moderated by the AD editorial. Abstain from posting comments that are obscene, defamatory or slanderous. Please avoid outside hyperlinks inside the comment and avoid typing all capitalized comments. Help us delete comments that do not follow these guidelines by flagging them(mouse over a comment and click the flag icon on the right side). Do use these forums to voice your opinions and create healthy discourse.