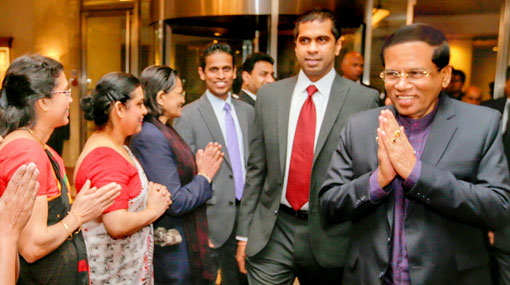 President Maithripala Sirisena today (26) left for a state visit to participate at the commemoration of the 50th Anniversary of Independence of the Republic of Maldives in Male.

The President was accompanied by the Minister of Finance Ravi Karunanayake and senior officials of the government.

The President will participate at the official ceremony in Male to mark the Golden Jubilee of Independence of Maldives and the official reception being held later that evening.