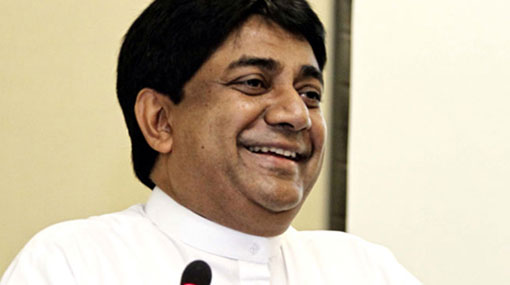 The observation was made at a press conference held in Colombo this morning (27).

He went into say that the party will at least secure 120 seats at the parliament as well. “Former President Mahinda Rajapaksa will become the next Prime Minister of Sri Lanka,” he said, adding that the UPFAers are confident of the election victory.

He also accused the present government of issuing around 27 licenses to import ethanol spirits within last six months. “Yet, they attempt to blame the former Government over drug and ethanol related issues,” he added.

TAGS :  Dilan Perera ,  Mahinda Rajapaksa ,  UPFA ,  Election ,
Disclaimer: All the comments will be moderated by the AD editorial. Abstain from posting comments that are obscene, defamatory or slanderous. Please avoid outside hyperlinks inside the comment and avoid typing all capitalized comments. Help us delete comments that do not follow these guidelines by flagging them(mouse over a comment and click the flag icon on the right side). Do use these forums to voice your opinions and create healthy discourse.