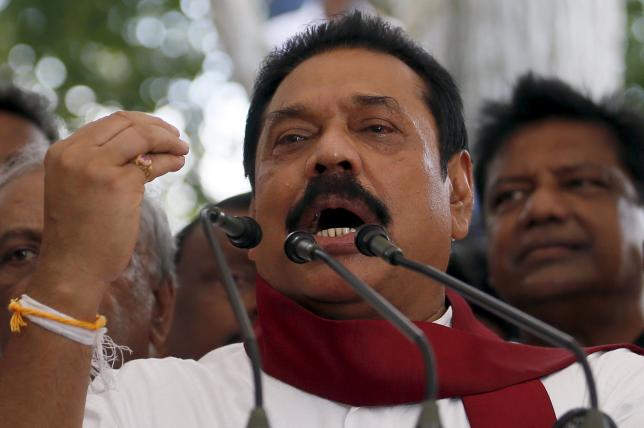 Will not allow anyone to tear the country into pieces, says Mahinda

It is yet a secret that what types of pacts have been signed between the Tamil National Alliance (TNA) and the United National Party (UNP), former President Mahinda Rajapaksa claims.

The observation was made at a special event held at the Viharamahadevi Park in Colombo on Monday (3). The event was organised by the Bhikkhu Voice and the National Unity organisations.

“The election manifesto of the UNP has vowed to make Sri Lanka a new country. After the Northern and the North Eastern provinces are divided, rest of the land might be called the new country,” said Rajapaksa.

He also went into say that he would never allow any party to tear the country into pieces.

“We did not limit the development process to southern provinces. We wanted to treat all as equal,” he added.

TAGS :  Tamil National Alliance ,  TNA ,  United National Party ,  UNP ,  Mahinda Rajapaksa ,
Disclaimer: All the comments will be moderated by the AD editorial. Abstain from posting comments that are obscene, defamatory or slanderous. Please avoid outside hyperlinks inside the comment and avoid typing all capitalized comments. Help us delete comments that do not follow these guidelines by flagging them(mouse over a comment and click the flag icon on the right side). Do use these forums to voice your opinions and create healthy discourse.