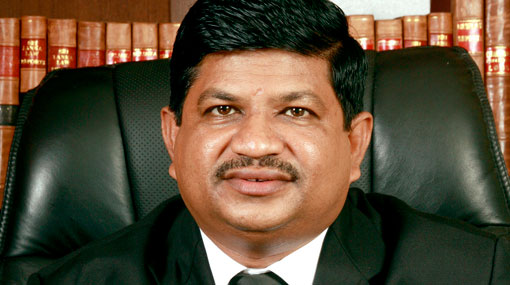 Former UPFA Parliamentarian Lakshman Wasantha Perera, who was arrested and remanded in connection with an assault incident, has been released on bail by the Matale Magistrate’s Court.

He was ordered released on a personal bail of Rs 250,000 by the Matale Magistrate Sampath Gamage.

However, he was ordered to appear before the court when the case is taken up again on August 12.

Perera was arrested on Monday (August 03) after he surrendered to police over the alleged assault incident.

According to police, a group accompanied by the former MP had allegedly abducted and assaulted a person on July 26, over an election-related dispute.

Perera was remanded till today August 06 after being produced before the Matale Magistrate while 4 other suspects, who were wanted in connection with the incident, had earlier been remanded till August 12.

TAGS :  Lakshman Wasantha Perera ,  UPFA ,  released on bail ,  election violence ,  assault ,
Disclaimer: All the comments will be moderated by the AD editorial. Abstain from posting comments that are obscene, defamatory or slanderous. Please avoid outside hyperlinks inside the comment and avoid typing all capitalized comments. Help us delete comments that do not follow these guidelines by flagging them(mouse over a comment and click the flag icon on the right side). Do use these forums to voice your opinions and create healthy discourse.