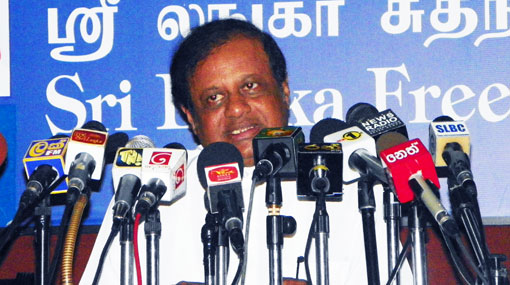 The UPFA today charged that with the escalating crime wave in the country and the increasing election-related violence being unleashed by UNP candidates, good governance has turned into “underworld governance”.

Speaking at a press conference in Colombo, UPFA General Secretary Susil Premajayantha stated that it was amusing to see the Deputy Minister of Justice question good governance while using his power to exert pressure on the police, absconding the court and accusing the police.

He claimed that with the return of leading underworld figures who had left the country in the past and attempts to carry out criminal activities centered on Colombo through members of the underworld, Prime Minister Ranil Wickremesinghe is handing over control of the country to the underworld.

Former Minister Vasudeva Nanayakkara, also speaking at the media briefing, alleged that the reactivation of the underworld within the country was the most prominent feature in the past 100 days.

He charged that the government is attempting to create fear in the people’s minds.

TAGS :  Susil Premajayantha ,  Vasudeva Nanayakkara ,  UPFA ,  UNP ,  Ranil Wickremesinghe ,
Disclaimer: All the comments will be moderated by the AD editorial. Abstain from posting comments that are obscene, defamatory or slanderous. Please avoid outside hyperlinks inside the comment and avoid typing all capitalized comments. Help us delete comments that do not follow these guidelines by flagging them(mouse over a comment and click the flag icon on the right side). Do use these forums to voice your opinions and create healthy discourse.