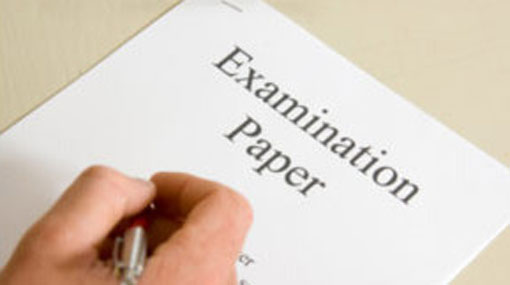 The principal of a school in the Pandarikulam area in Vavuniya has been suspended after female student of the school committed suicide due to not receiving an admission form to sit for the G.C.E. Advanced Level examination.

Secretary to the Ministry of Education, Upali Marasinghe, stated that the student committee suicide by jumping into a well allegedly because the school’s principal refused to give her an admission form provided the Department of Examination.

The Department had provided schools across the country with admission forms on July 06 while instructions were issued to immediately hand them to students, he said.

However, it has been reported that the principal in question had held on to the admission form until August 06.

Therefore the Provincial Education Director has been ordered to temporarily suspend the principal pending an inquiry into the matter, Marasinghe said in a statement.

TAGS :  A/L ,  suicide ,  Pandarikulam ,  Vavuniya ,
Disclaimer: All the comments will be moderated by the AD editorial. Abstain from posting comments that are obscene, defamatory or slanderous. Please avoid outside hyperlinks inside the comment and avoid typing all capitalized comments. Help us delete comments that do not follow these guidelines by flagging them(mouse over a comment and click the flag icon on the right side). Do use these forums to voice your opinions and create healthy discourse.