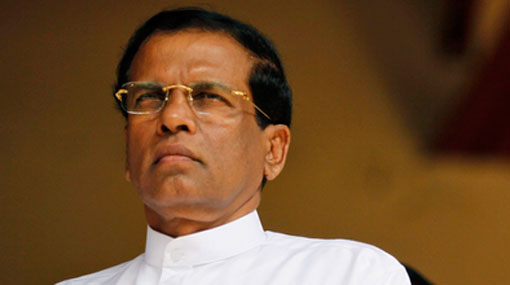 President Maithripala Sirisena has removed the Secretary to the Ministry of Posts, Mr. Abdul Majeed, on a complaint and recommendation of the Elections Commissioner, the Presidential Media Division said.

Mr Majeed has been assigned to the Ministry of Public Administration while an Additional Secretary has been appointed to serve in an acting role until the position is filled.

TAGS :  Maithripala Sirisena ,  Mahinda Deshapriya ,  Ministry of Posts ,  PMD ,  Abdul Majeed ,
Disclaimer: All the comments will be moderated by the AD editorial. Abstain from posting comments that are obscene, defamatory or slanderous. Please avoid outside hyperlinks inside the comment and avoid typing all capitalized comments. Help us delete comments that do not follow these guidelines by flagging them(mouse over a comment and click the flag icon on the right side). Do use these forums to voice your opinions and create healthy discourse.