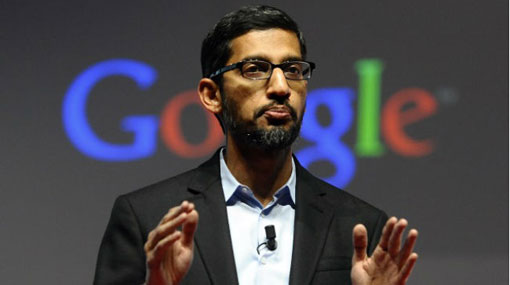 India-born Sundar Pichai has been named CEO of Google as part of a surprise corporate overhaul that saw the search giant forming a new parent company called Alphabet Inc.

Pichai, 43, the current company vice-president, has worked on some of the company’s best-known products, from the Chrome browser to the Android mobile software.

Google chief executive Larry Page announced the change on Monday, saying he will hold the same title at Alphabet. Co-founder Sergey Brin will be the president at Alphabet, the new holding company for the tech giant’s newer ventures such as research arm X Lab, investment unit Google Ventures and health and science operations.

Google will be the new entity’s largest fully owned subsidiary, a thinly trimmed version of what it is now. It will include some of its household products, including its search engine, ads, maps, apps, YouTube and the Android system.

The new structure, which will take shape over the next few months, was outlined by Page in a blog post and in a filing to the Security and Exchange Commission.

Page praised Pichai in the blog post, saying, “Sundar has been saying the things I would have said (and sometimes better!) for quite some time now, and I’ve been tremendously enjoying our work together.”

He added: “I feel very fortunate to have someone as talented as he is to run the slightly slimmed down Google and this frees up time for me to continue to scale our aspirations.”

Page said he was impressed with Pichai’s “progress and dedication to the company” and promised to continue to groom him. “I have been spending quite a bit of time with Sundar, helping him and the company in any way I can, and I will of course continue to do that.”

Alphabet will be “mostly a collection of companies”, Page said, adding : “Our model is to have a strong CEO who runs each business, with Sergey and me in service to them as needed.”

Google, he said, will be the largest unit but a “bit slimmed down, with the companies that are pretty far afield of our main internet products contained in Alphabet instead”.

The “far afield” entities, Page explained, will be Life Sciences, which works on a glucose-sensing contact lens, and Calico, focussed on longevity.

Pichai – who joined Google in 2004, the year the company launched Gmail – was in charge of product and engineering for the company’s internet businesses.

He was born and grew up in Chennai, studied engineering at IIT-Kharagpur, then came to Stanford in the US, and went on to complete an MBA from Wharton School of Business.

Pichai’s rise within Google tracks closely those of other Indian Americans in the IT industry. Hyderabad-born Satya Nadella became CEO of Microsoft in 2014. Shantanu Narayen, also from Hyderabad, heads Adobe, and Nikesh Arora, a former Googler, was named president and COO of Japan’s SoftBank in 2014.

TAGS :  Sundar Pichai ,  Google ,  Larry Page ,  Sergey Brin ,
Disclaimer: All the comments will be moderated by the AD editorial. Abstain from posting comments that are obscene, defamatory or slanderous. Please avoid outside hyperlinks inside the comment and avoid typing all capitalized comments. Help us delete comments that do not follow these guidelines by flagging them(mouse over a comment and click the flag icon on the right side). Do use these forums to voice your opinions and create healthy discourse.