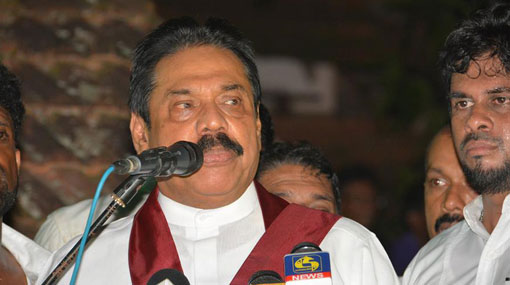 Mahinda to address grievances of public sector if he wins polls

Former President Mahinda Rajapaksa assured the trade unions in the island nation that he would look into the grievances of the public sector and raise their basic salaries if he wins the Aug. 17 parliamentary elections.

Addressing an election rally in Colombo, Rajapaksa said that the opposition United People’s Freedom Alliance, of which he is a candidate, was confident of securing a majority of seats at the polls and he was confident of forming a strong government in the future.

The Former President will be contesting the elections from the Kurunegala District in the northwestern province and the former leader is also aiming to be the nation’s new prime minister if his party wins the polls. (Xinhua)