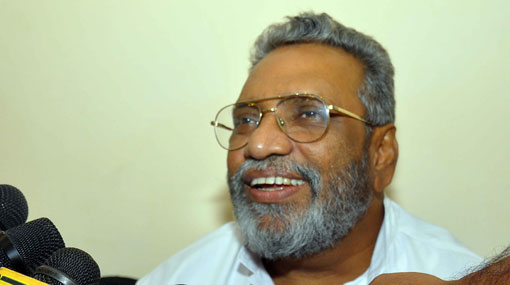 Commissioner of Elections Mahinda Deshapriya says that no major incidents have been reported during voting at the 2015 General Election today and that he expects votes would not have to declare null at any polling station.

However, he stated that a final conformation cannot be made until the report of senior officials in charge of polling stations is received.

Speaking at a special press conference after voting ended at 4.00pm today, Deshapriya said that several complaints regarding minor incidents have been reported and that sometimes the persons arrested on suspicion of violating election laws could exceed the number of complaints.

Due to this, he predicted that around 50 persons would be having dinner in remand prison tonight.

When inquired regarding the sacking of 25 Sri Lanka Freedom Party (SLFP) central committee members, the Elections Chief said that he has so far not received a letter on the decision and that it could have been received at his inquiries counter.

Deshapriya stated that at this moment he is more concerns about releasing the results after the counting process.

The Elections Chief said he intends to maintain the prevailing situation from the counting of votes until the final result is released.

TAGS :  Mahinda Deshapriya ,  General Election ,  polls ,  SLFP ,
Disclaimer: All the comments will be moderated by the AD editorial. Abstain from posting comments that are obscene, defamatory or slanderous. Please avoid outside hyperlinks inside the comment and avoid typing all capitalized comments. Help us delete comments that do not follow these guidelines by flagging them(mouse over a comment and click the flag icon on the right side). Do use these forums to voice your opinions and create healthy discourse.