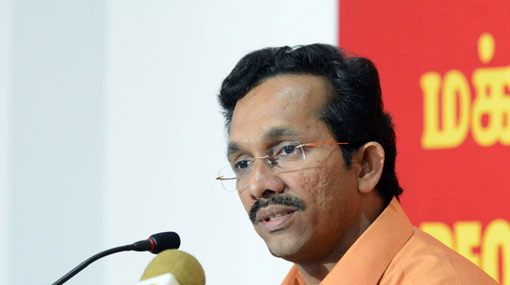 Handunetti, who contested polls from Galle District and lost, has been named to fill one of the bonus seats while Mayadunne has been appointed to the other.

TAGS :  JVP ,  Sunil Handunetti ,  Sarathchandra Mayadunne ,  National List ,
Disclaimer: All the comments will be moderated by the AD editorial. Abstain from posting comments that are obscene, defamatory or slanderous. Please avoid outside hyperlinks inside the comment and avoid typing all capitalized comments. Help us delete comments that do not follow these guidelines by flagging them(mouse over a comment and click the flag icon on the right side). Do use these forums to voice your opinions and create healthy discourse.