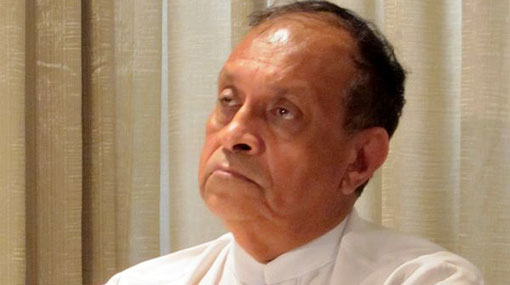 Karu to become next Speaker?

Senior UNP leader Karu Jayasuriya has been proposed as a suitable candidate for the post of Speaker of the next Parliament, according to political sources.

However, it is said that no final decision has been taken on the matter.

The former Gampaha District MP and Minister did not contest the recent Parliamentary Election, however his name was included in the National List of the United National Party (UNP).

Chamal Rajapaksa served as Speaker of the previous Parliament.

TAGS :  Karu Jayasuriya ,  UNP ,  UNF ,  Parliament ,  Speaker ,  Chamal Rajapaksa ,
Disclaimer: All the comments will be moderated by the AD editorial. Abstain from posting comments that are obscene, defamatory or slanderous. Please avoid outside hyperlinks inside the comment and avoid typing all capitalized comments. Help us delete comments that do not follow these guidelines by flagging them(mouse over a comment and click the flag icon on the right side). Do use these forums to voice your opinions and create healthy discourse.