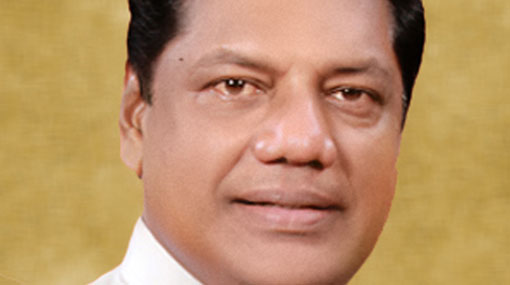 Former Minister Kumara Welgama says that he is ready to accept the opposition leader post.

Welgama told Ada Derana that he is of the view that he is the most appropriate for the post under the current political situation of the country.

Welgama obtained the highest preferential votes (218,614) from the Kalutara Polling District under the United People’s Freedom Alliance (UPFA) ticket at the General Election 2015.

TAGS :  Kumara Welgama ,  UPFA ,  General Election ,
Disclaimer: All the comments will be moderated by the AD editorial. Abstain from posting comments that are obscene, defamatory or slanderous. Please avoid outside hyperlinks inside the comment and avoid typing all capitalized comments. Help us delete comments that do not follow these guidelines by flagging them(mouse over a comment and click the flag icon on the right side). Do use these forums to voice your opinions and create healthy discourse.