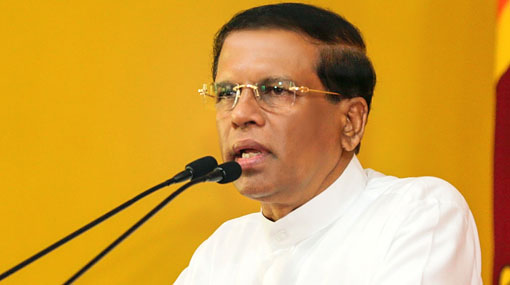 Strict laws to stop use of polythene and asbestos  President

President Maithripala Sirisena says he would enforce strict laws from January 1, 2016 to prevent use of polythene which is a major threat to the environment and the health of the people.

He added he would totally ban the import and production of asbestos from January 1, 2018.

The President made these remarks at a ceremony held today (Aug. 29) at the President’s House in Kandy to present certificates to the school children in Kandy District for the environmental service program, the Presidential Media Division said.

President Sirisena recalled that he made plans to ban the use of polythene and prevent import of asbestos, during his time as the Health Minister. “But it was not possible to implement them”, he said.

“But, today everybody is supporting that program. Those decisions will be put into action without bowing down to any private company or institution. They will be operated for the betterment of the country and the people”, the President said.

The President, emphasizing the importance of protecting the environment recalled that there is no other philosopher than the Lord Buddha who spoke about the value of the environment. Therefore, everybody has the responsibility to protect the environment as Buddhist people who follow the path of the Buddha.

The environmental service program was organized for the 12th time by the Central Environmental Authority and the Ministry of Mahaweli Development and Environment.

TAGS :  Maithripala Sirisena ,  polythene ,  asbestos ,  2018 ,  Environment ,  2016 ,
Disclaimer: All the comments will be moderated by the AD editorial. Abstain from posting comments that are obscene, defamatory or slanderous. Please avoid outside hyperlinks inside the comment and avoid typing all capitalized comments. Help us delete comments that do not follow these guidelines by flagging them(mouse over a comment and click the flag icon on the right side). Do use these forums to voice your opinions and create healthy discourse.