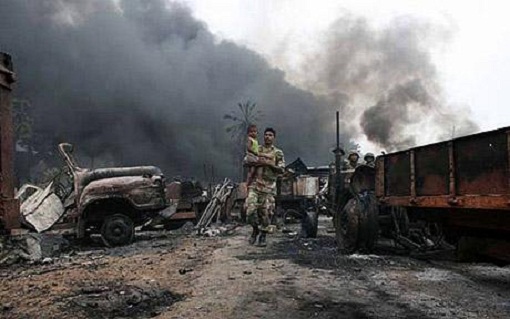 Leaders representing three constituents of the Tamil National Alliance (TNA) have rejected the stand of the U.S., which favoured a domestic investigation mechanism on alleged crimes during the final stages of the Eelam War.

M.K. Shivajilingam, TELO’s national organiser, said the three parties did not trust in the domestic mechanism in view of past experiences.

He recalled that the International Independent Group of Eminent Persons constituted in February 2007 to go into certain instances of human rights violations that took place since August 1, 2005, could not complete its task.

He added that there were ways to circumvent the legal restriction in calling for a global probe mechanism, given Sri Lanka is not a signatory to the Statute of Rome.

The TELO national organiser said the three parties would have a meeting with the Ilankai Thamil Arasu Kadchi, the main constituent party, on this matter.
To a query about the controversy over the nomination of persons as Members of Parliament through the national list, Mr. Shivajilingam replied that “it is a settled matter. There is no point in discussing it.”

Asked why the three parties met without the ITAK, he said it was felt to arrive at a consensus among them on the issues discussed before pursuing them with the ITAK. (The Hindu)

TAGS :  LTTE ,  Tamil National Alliance ,  TNA ,
Disclaimer: All the comments will be moderated by the AD editorial. Abstain from posting comments that are obscene, defamatory or slanderous. Please avoid outside hyperlinks inside the comment and avoid typing all capitalized comments. Help us delete comments that do not follow these guidelines by flagging them(mouse over a comment and click the flag icon on the right side). Do use these forums to voice your opinions and create healthy discourse.