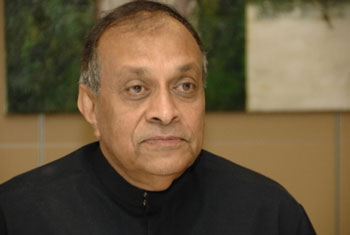 UNP MP Karu Jayasuriya has been unanimously elected as the Speaker of the 8th Parliament.

MP Lakshman Kiriella was elected the leader of the House, Gayantha Karunathilaka was elected Chief Government Whip, and MP S. Adaikalanathan was elected as the Deputy Chairman of the Committee.

The first sitting of the Eighth Parliament was commenced today (1) at 9.00 a.m. with the participation of President Maithripala Sirisena.

The newly elected Parliamentarians will take oath during the first session.

President Sirisena will also deliver the official address of the first sitting at 3.00 pm.

President Sirisena, is due to present the Statement of Government Policy at the Ceremonial Sittings of the First Session of the Eighth Parliament.

The programme of the ceremony is as follows:-

2.00 p.m.
Members of Parliament arrive and proceed to the Lobbies

2.25 p.m.
Arrival of the Prime Minister and the spouse

2.30 p.m.
Arrival of the  President and the First Lady

The President, accompanied by the Speaker and the Secretary-General of Parliament, proceeds to the Robing Room of the Parliament Building

Procession enters the Chamber of Parliament

The President Addresses the Parliament

The President after his Address adjourns the Sitting

TAGS :  President Maithripala Sirisena ,  Maithripala Sirisena ,  Maithripala ,  Sirisena ,  Karu Jayasuriya ,
Disclaimer: All the comments will be moderated by the AD editorial. Abstain from posting comments that are obscene, defamatory or slanderous. Please avoid outside hyperlinks inside the comment and avoid typing all capitalized comments. Help us delete comments that do not follow these guidelines by flagging them(mouse over a comment and click the flag icon on the right side). Do use these forums to voice your opinions and create healthy discourse.