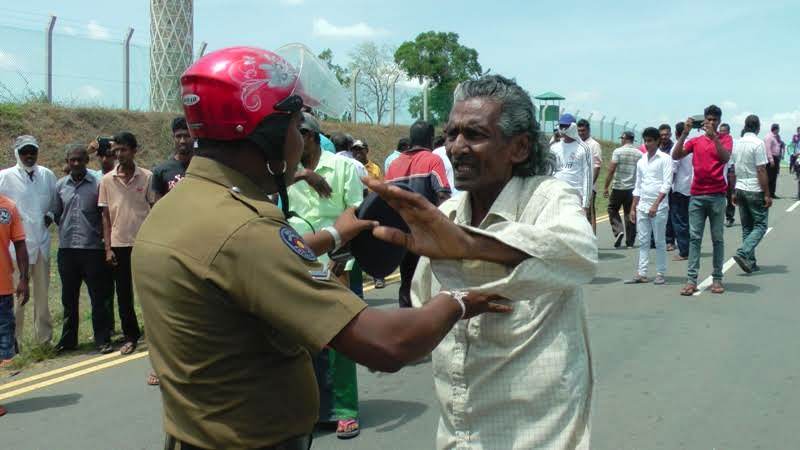 The Tissamaharama Magistrate’s Court on Thursday (03) issued notices on several persons including the former Chairman of the Lunugamwehera Pradeshiya Sabha for allegedly being a part of a protest held outside the Mattala Mahinda Rajapaksa International Airport yesterday.

Ada Derana reporter said that the suspects have been asked to appear before the Magistrate on several charges including unlawful assembly.

The protesters argued that using the international airport to store paddy cannot be allowed and that it should not be used for such a purpose.

The case will be heard again on August 04.

TAGS :  Tissamaharama Magistrates Court ,  Mattala Mahinda Rajapaksa International Airport ,  paddy stocks ,
Disclaimer: All the comments will be moderated by the AD editorial. Abstain from posting comments that are obscene, defamatory or slanderous. Please avoid outside hyperlinks inside the comment and avoid typing all capitalized comments. Help us delete comments that do not follow these guidelines by flagging them(mouse over a comment and click the flag icon on the right side). Do use these forums to voice your opinions and create healthy discourse.