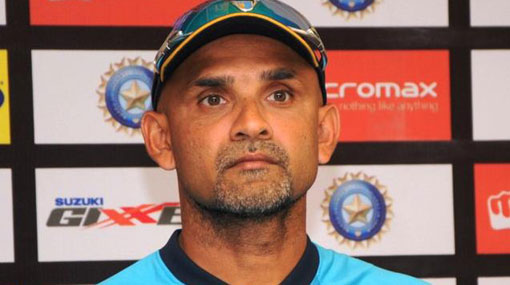 Marvan Atapattu has resigned as head coach of the Sri Lanka cricket team while his resignation has been accepted by Sri Lanka Cricket (SLC).

The former Sri Lanka captain’s resignation comes after the island nation lost back to back Test series against continental neighbours Pakistan and India in last three months.

It has been learnt that Atapattu’s resignation has been accepted by the Sri Lanka Cricket’s interim chief Sidath Wettimuny.

Atapattu, one of Sri Lanka’s batting mainstay during his playing days, had held the position of chief coach from September 2014 after Paul Farbrace took over as England’s assistant coach.

He had also worked as a batting coach of the team from 2011 and was also the interim head coach for some time before he was assigned the full charge of the team.

According to reports, SLC is likely to approach former Sri Lanka batsman Chandika Hathurusinghe for the post of chief coach as he has done remarkably well with the Bangladesh national side.

Apart from guiding them to the quarterfinal of the ICC Cricket World Cup, the Bangladesh team beat Pakistan, India and South Africa in three successive ODI series.

The other name that is doing rounds is of Graham Ford.

TAGS :  Marvan Atapattu ,  SLC ,  coach ,  cricket ,  India ,  Pakistan ,  Chandika Hathurusinghe ,  Graham Ford ,
Disclaimer: All the comments will be moderated by the AD editorial. Abstain from posting comments that are obscene, defamatory or slanderous. Please avoid outside hyperlinks inside the comment and avoid typing all capitalized comments. Help us delete comments that do not follow these guidelines by flagging them(mouse over a comment and click the flag icon on the right side). Do use these forums to voice your opinions and create healthy discourse.