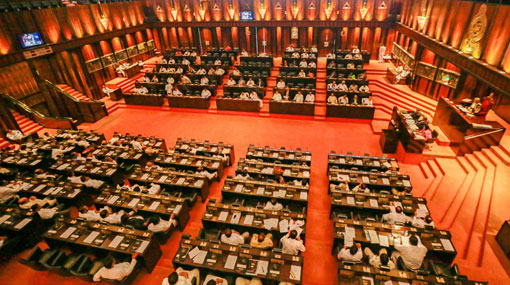 The proposal to increase the number of ministers in the National Government was approved by Parliament with a majority of 127 votes today.

The motion was passed with 143 voting for and 16 against while another 63 MPs were absent during the vote.

However, in the event of a National Government being formed the total number of ministers can be increased with the approval of the Parliament.

The motion was extensively debated in Parliament throughout the day before a vote was taken this evening.

TAGS :  National Government ,  Parliament ,  Cabinet ,  JVP ,  MEP ,  NFF ,  19A ,
Disclaimer: All the comments will be moderated by the AD editorial. Abstain from posting comments that are obscene, defamatory or slanderous. Please avoid outside hyperlinks inside the comment and avoid typing all capitalized comments. Help us delete comments that do not follow these guidelines by flagging them(mouse over a comment and click the flag icon on the right side). Do use these forums to voice your opinions and create healthy discourse.