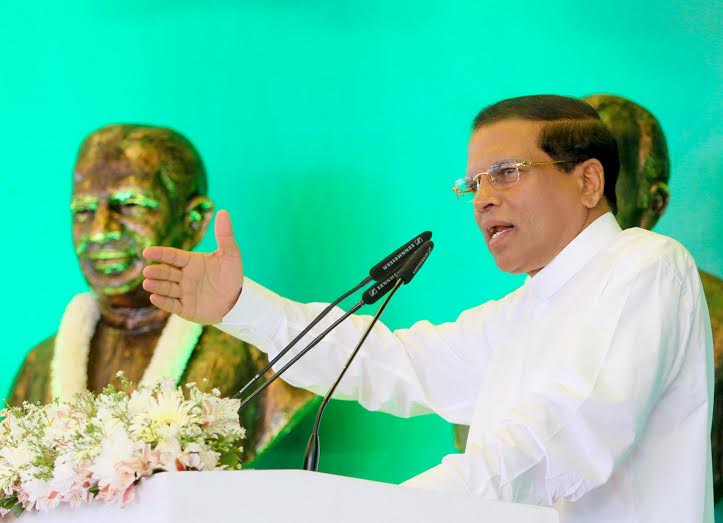 President Maithripala Sirisena on Sunday (6) revealed that he was alerted by his security not to attend the last election rally held in Maradana prior the presidential polls in January.

The observation was made at the 69th anniversary of the United National Party (UNP) held at the UNP headquarters in Sirikotha. This was the first time in the history, that the leader of the Sri Lanka Freedom Party (SLFP) attended a UNP anniversary celebration.

“Owing to some security reasons, I was told not to attend the Maradana rally on January 5. Prime Minister Ranil Wickramasinghe, who was at that time the Opposition Leader, called and asked me whether I was coming. When I apprised him of the situation, he himself had come to my house and brought me to the rally,” President Sirisena added.

He also went into say that after a parliament session before the last presidential election; he and several prominent politicians including Wickramasinghe had had a secret meeting at former President Chandrika Bandaranaike Kumaratunga’s house.

“A moment after we left the Parliament premises that day, a chopper had come. The person who arrived in the helicopter would not have been able to stop me, except causing a few hours delay to the scheduled meeting.,” President Sirisena said.

TAGS :  President Maithripala Sirisena ,  Maithripala Sirisena ,  Maithripala ,  Sirisena ,  Ranil Wickramasinghe ,
Disclaimer: All the comments will be moderated by the AD editorial. Abstain from posting comments that are obscene, defamatory or slanderous. Please avoid outside hyperlinks inside the comment and avoid typing all capitalized comments. Help us delete comments that do not follow these guidelines by flagging them(mouse over a comment and click the flag icon on the right side). Do use these forums to voice your opinions and create healthy discourse.