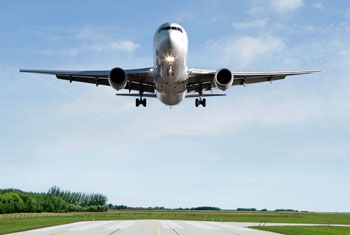 116 passengers and crew members of a Sri Lankan Airlines flight had a narrow escape on Thursday when the plane suffered a hydraulic problem after landing and got stuck in the runway at the Chennai airport.

Airport officials said that the aircraft from Colombo with 108 passengers and eight crew members developed the problem after landing and could not move further.

Airport vehicles were immediately pressed into service and the plane was towed to the bay safely, the officials said, adding no one was injured in the incident.

It took two-and-a-half hours to rectify the problem and the flight after that proceeded for its destination of Colombo, they said.

SriLankan Airlines issued the following statement on the incident:

Flight UL 125 during its decent in Chennai experienced overheating of a hydraulic system and subsequent to the landing, the Pilots requested for ground assistance to tow the aircraft.

The aircraft was then towed to the parking bay and the technical fault was rectified shortly.  It flew back to Colombo after a delay of two hours, under the flight number UL 126.

SriLankan wishes to reiterate that the Airline is dedicated to assure the safety of its passengers and at no point were the passengers and crew in danger, as stated in the media reports.

TAGS :  SriLankan Airlines ,  Chennai ,  airport ,  Colombo ,  UL 125 ,
Disclaimer: All the comments will be moderated by the AD editorial. Abstain from posting comments that are obscene, defamatory or slanderous. Please avoid outside hyperlinks inside the comment and avoid typing all capitalized comments. Help us delete comments that do not follow these guidelines by flagging them(mouse over a comment and click the flag icon on the right side). Do use these forums to voice your opinions and create healthy discourse.