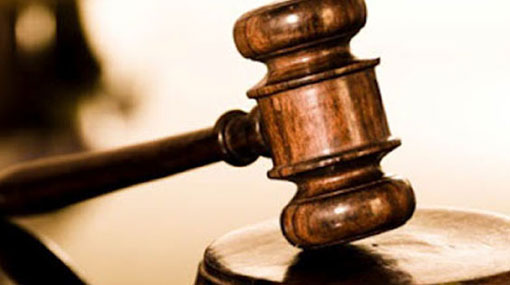 A former school principal who was found guilty of shooting and killing his mistress in Habarana has been sentenced to 15 years rigorous imprisonment by the Anuradhapura High Court.

He had been charged with the murder of a woman in the Hiriwadunna area in Habarana on June 04, 2006.

Delivering the sentence today, Anuradhapura High Court Judge Dammika Ganepola stated that committing such a crime while holding a position such as a school principal was serious situation and that it was harmful to the professional respect of principals as well as an insult.

TAGS :  Anuradhapura High Court ,  Habarana ,  principal ,  prison ,  sentence ,  Dammika Ganepola ,
Disclaimer: All the comments will be moderated by the AD editorial. Abstain from posting comments that are obscene, defamatory or slanderous. Please avoid outside hyperlinks inside the comment and avoid typing all capitalized comments. Help us delete comments that do not follow these guidelines by flagging them(mouse over a comment and click the flag icon on the right side). Do use these forums to voice your opinions and create healthy discourse.