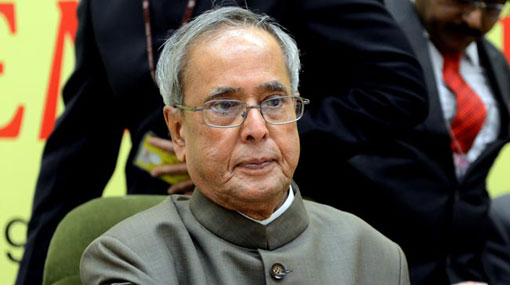 Sri Lankan Prime Minister is also scheduled to meet Union Minister of Finance Arun Jaitley later today. Prime Minister Narendra Modi on Tuesday welcomed his Sri Lankan counterpart and said that he had an excellent discussion with the latter on a number of prominent issues concerning both countries.

TAGS :  Ranil Wickremesinghe ,  Pranab Mukherjee ,  India ,  New Delhi ,  Rashtrapati Bhawan ,
Disclaimer: All the comments will be moderated by the AD editorial. Abstain from posting comments that are obscene, defamatory or slanderous. Please avoid outside hyperlinks inside the comment and avoid typing all capitalized comments. Help us delete comments that do not follow these guidelines by flagging them(mouse over a comment and click the flag icon on the right side). Do use these forums to voice your opinions and create healthy discourse.