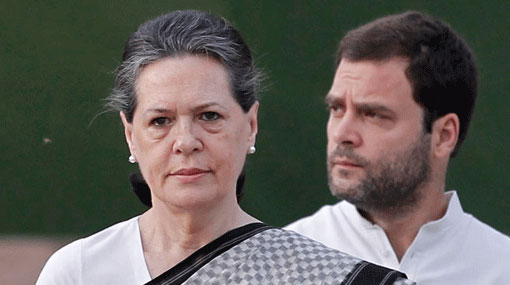 In a significant development that could bring Congress role into India’s neighbourhood diplomacy, party president Sonia Gandhi and her son and party Vice President Rahul Gandhi have been invited to Sri Lanka by Prime Minister Ranil Wickremasinghe.

The invite to Sonia and Rahul was extended by Wickremasinghe when he was in New Delhi earlier this week on his maiden visit abroad after taking over as PM.

Political sources from Colombo claimed that the duo had responded positively to the invitation.

An invitation to visit Sri Lanka had also been extended to former Indian prime minister Manmohan Singh who had called on the Sri Lankan Prime minister during his trip, sources informed.

If Sonia decides to visit Colombo it will also be significant since it will be first time that she will be travelling there since assassination of former PM and her husband Rajiv Gandhi in 1991 in the hands of LTTE. Rajiv had deep links with Sri Lanka and was instrumental in Indo-Lankan accord of 1987 to end civil war.

TAGS :  Ranil Wickremasinghe ,  Sonia Gandhi ,  Rahul Gandhi ,  India ,  New Delhi ,
Disclaimer: All the comments will be moderated by the AD editorial. Abstain from posting comments that are obscene, defamatory or slanderous. Please avoid outside hyperlinks inside the comment and avoid typing all capitalized comments. Help us delete comments that do not follow these guidelines by flagging them(mouse over a comment and click the flag icon on the right side). Do use these forums to voice your opinions and create healthy discourse.