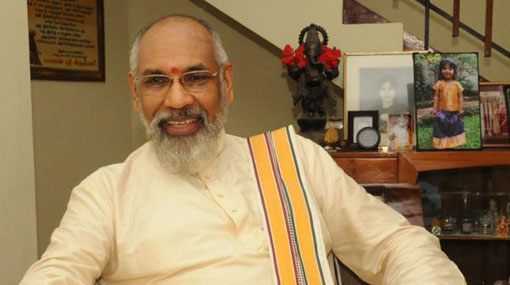 The Chief Minister of Sri Lanka’s Tamil-dominated Northern Province has welcomed the UNHRC’s proposal to set up a hybrid court to probe the alleged war crimes during the last phase of the conflict with the LTTE, saying it is a dramatic step towards achieving reconciliation.

“It is a most comprehensive report and a dramatic step towards achieving reconciliation,” Wigneswaran, a former Supreme Court judge, said.

While tabling the report, Wigneswaran asked the NPC members to study it to understand the international community’s expectations.

The report released last week by UN High Commissioner of Human Rights Zeid Ra’ad Al Hussein recommended the setting up of a hybrid court with international judges, prosecutors and investigators.

“The report has emphasised the need for measures that go beyond a domestic mechanism,” Wigneswaran added.

Sri Lankan government which opted for a domestic mechanism prefers international expertise in place of a hybrid mechanism.

Former army chief Field Marshal Sarath Fonseka, who was at the helm of forces when the LTTE was crushed in May 2009, said he was willing to give evidence at the hybrid court.

“It will be good for our credibility since we have done no wrong. It is like fixing a foreign battery to a local engine,” Fonseka told a local FM radio. (PTI)

TAGS :  UNHRC ,  Chief Minister ,  Northern Province ,  Wigneswaran ,
Disclaimer: All the comments will be moderated by the AD editorial. Abstain from posting comments that are obscene, defamatory or slanderous. Please avoid outside hyperlinks inside the comment and avoid typing all capitalized comments. Help us delete comments that do not follow these guidelines by flagging them(mouse over a comment and click the flag icon on the right side). Do use these forums to voice your opinions and create healthy discourse.