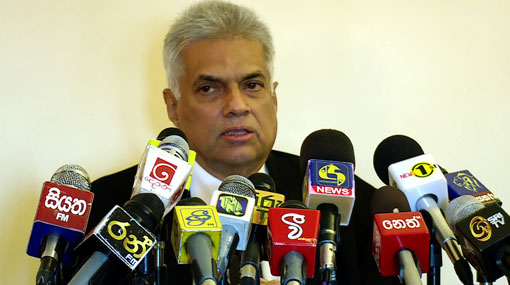 Prime Minister Ranil Wickremesinghe today said that there is no reason to postpone the Local Government election which is scheduled to be held in March next year.

“We all decided we should not postpone it. The local authorities require members. Fresh blood,” he said addressing an event in Colombo.

Wickremesinghe stated that the two major parties in the country, the UNP and FLFP, which formed the ruling national government will contest separately at the election

“Let the parties contest separately but let’s complete this process by March next year,” the Prime Minister said.

He that the government will announce the economic policies and budget in November this year.

TAGS :  LG polls ,  Ranil Wickremesinghe ,  UNP ,  SLFP ,  election ,
Disclaimer: All the comments will be moderated by the AD editorial. Abstain from posting comments that are obscene, defamatory or slanderous. Please avoid outside hyperlinks inside the comment and avoid typing all capitalized comments. Help us delete comments that do not follow these guidelines by flagging them(mouse over a comment and click the flag icon on the right side). Do use these forums to voice your opinions and create healthy discourse.