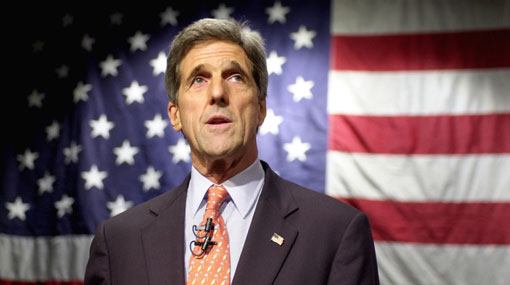 The U.S. has said it will support a domestic investigation by Sri Lanka to address allegations of human rights abuses during the final phase of the country’s civil war.

The U.S. position was stated by Secretary of State John Kerry when he met Sri Lankan President Maithripala Sirisena here on the sidelines of the U.N. General Assembly session.

“The Secretary commended the bold steps taken by the new Sri Lankan government to restore democratic freedoms at home and to renew its engagements with the United Nations and other key partners abroad,” State Department spokesperson John Kirby said in New York on Monday.

“Kerry noted U.S. support for a credible domestic process for justice and reconciliation in Sri Lanka — one that is led and owned by the Sri Lankan people and is conducted in cooperation with the U.N. and with international support,” he said.

Last week at the U.N Human Rights Council session in Geneva, the U.S. had moved a resolution which said Sri Lanka should opt for a mechanism that involves foreigners in investigations at the discretion of Sri Lanka.

This was in marked contrast to U.N. rights chief Zeid Ra’ad Al Hussein’s report which prescribed an international hybrid mechanism which could have meant both foreign and local judges conducting the investigation.

The UNHRC report was based on its own investigation on the alleged war crimes as then President Mahinda Rajapaksa’s government had resisted it claiming the probe was an attack on Sri Lanka’s sovereignty.

Due to domestic political sensitivities, Sri Lanka prefers to have a purely domestic process.

Prime Minister Ranil Wickremesinghe is of the view that foreign judges cannot operate in the island in terms of the island’s constitution though Sri Lanka is open to getting international expertise for the mechanism.

A U.S.-moved resolution co-sponsored by Sri Lanka is to be put to vote at the ongoing UNHRC session later this week.

While India had supported U.S.-sponsored resolutions against Sri Lanka in 2012 and 2013, it abstained from voting in 2014 stating that it is “India’s firm belief that adopting an intrusive approach that undermines national sovereignty and institutions is counter-productive”.

Rights groups claim that the Sri Lankan military killed 40,000 civilians in the final months of the three decade-long brutal ethnic conflict with the LTTE that ended in 2009.

Sirisena’s government has shown an attitude of cooperation with the U.N. systems in contrast to Rajapaksa, seeking to address some of the concerns of the island’s Tamil minority.

TAGS :  John Kerry ,  US ,  Maithripala Sirisena ,  Ranil Wickremesinghe ,  New York ,  John Kirby ,  UNHRC ,
Disclaimer: All the comments will be moderated by the AD editorial. Abstain from posting comments that are obscene, defamatory or slanderous. Please avoid outside hyperlinks inside the comment and avoid typing all capitalized comments. Help us delete comments that do not follow these guidelines by flagging them(mouse over a comment and click the flag icon on the right side). Do use these forums to voice your opinions and create healthy discourse.