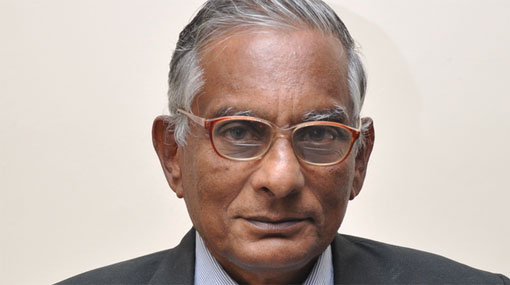 Responding to the UN Human Rights High Commissioner Prince Zeid’s call to disband the Sri Lankan Missing Persons’ Commission and assign its work to a more credible body, the chairman of the panel, Justice Maxwell Paranagama, contended that nobody else can do the job better.

“We have been very transparent in our functioning. There were no armed forces or police personnel in the room where people testified. We held several sittings in the Tamil-speaking North and East and Colombo and examined 19,000 people including 16,000 from the North and East. The response to our call for testimonies was so good that if we sent out notices to 300 for a session, 1000 would turn up, and no one was turned away. Transport was arranged for people to go back to their villages if the sittings went late into the evening,” Paranagama told Express on Thursday.

“We also sent investigating teams to the complainants’ houses as a follow up measure and wrote to them about progress made in their cases.  We inquired into the rehabilitation aspect and took action wherever the authorities were tardy in their response,” he added.

Paranagama said that a Special Investigating Team is to be formed under a retired High Court judge to go into some cases.

“What more can we do?,” he asked in anguish. “Nobody else can do better than us. People should realize the enormity of the task. It takes time to show results,” he said.

When former President Mahinda Rajapaksa established the panel, its mandate was only to go into disappearances. Later, when war crimes charges were made in the UNHRC, it was charged with investigating violations of International Human Rights and International Humanitarian Laws in the last phase of the war. Since work on the second mandate is still to be completed, the term of the commission has been extended to February 2016. However, the panel submitted a report to the Presidential Secretariat on August 15 this year.

“We are waiting for President Sirisena to come back from New York to officially present it to him,” Paranagama said.

TAGS :  Maxwell Paranagama ,  Zeid Raad al-Hussein ,  UNHRC ,  Missing Persons Commission ,
Disclaimer: All the comments will be moderated by the AD editorial. Abstain from posting comments that are obscene, defamatory or slanderous. Please avoid outside hyperlinks inside the comment and avoid typing all capitalized comments. Help us delete comments that do not follow these guidelines by flagging them(mouse over a comment and click the flag icon on the right side). Do use these forums to voice your opinions and create healthy discourse.