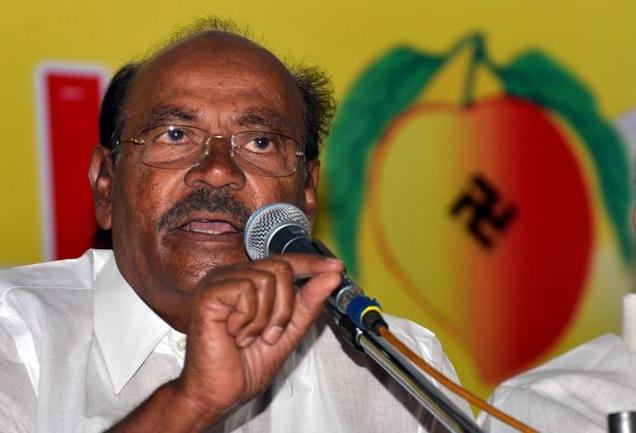 Tamil Eelam is the solution: Ramadoss

India’s PMK leader S. Ramadoss has said that if Sri Lanka was ready for an international inquiry into the alleged “war crimes and human rights violations,” the United Nations should hold a referendum among the Sri Lankan Tamils across the world for the creation of a separate Tamil Eelam, The Hindu newspaper reported.

“Tamils cannot live in peace and with dignity in a country that refuses to change its attitude and is not allowing an international inquiry,” he said in a statement.

India and the U.S. should take steps to conduct an international inquiry as Sri Lanka, in the last half a century, had not fulfilled any of the promises made to the Tamils.

“The international community should not allow itself to be short-changed by the Sri Lankan government,” he said, recalling Sri Lankan President Maithripala Srisena’s statement that he would consult Buddhist monks before taking any decision.

“His statement is clear proof to the fact that the administration in Sri Lanka is controlled by religious leaders,” Dr. Ramadoss said.

TAGS :  India ,  Sri Lanka ,  War Crimes ,
Disclaimer: All the comments will be moderated by the AD editorial. Abstain from posting comments that are obscene, defamatory or slanderous. Please avoid outside hyperlinks inside the comment and avoid typing all capitalized comments. Help us delete comments that do not follow these guidelines by flagging them(mouse over a comment and click the flag icon on the right side). Do use these forums to voice your opinions and create healthy discourse.