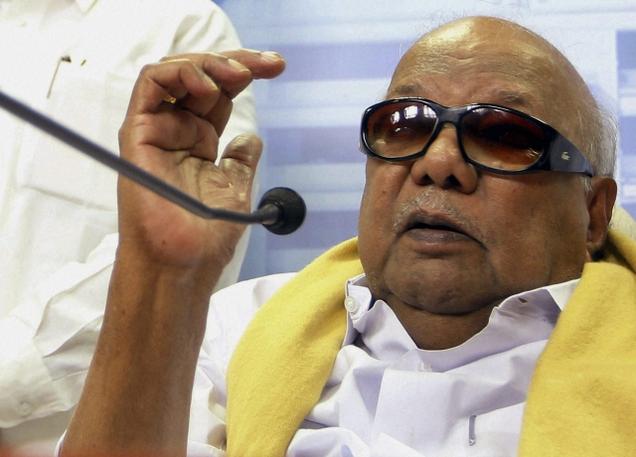 India’s Dravida Munnetra Kazhagam leader and former Chief Minister M. Karunanidhi has urged the Union government to move a private member resolution in the United Nations Human Rights Commission (UNHRC) seeking an international inquiry into the alleged war crimes committed by the Sri Lankan Army in the last phase of the civil war.

In a statement issued, he said that Sri Lankan President Maithripala Srisana’s assertion that his county would only allow a domestic and not a hybrid inquiry was a clear proof that Sri Lanka never bothered to abide by any rules, The Hindu newspaper reported.

“Countries like the United States of America and the United Kingdom that moved the resolution and countries like India that supported it should realise the real face of Sri Lanka,” he said.

Alleging that Sri Lanka’s stand on the issue was against human rights, Karunanidhi said that India should take up the issue with other countries and arrange an international inquiry with their support.

“A resolution by India for an international inquiry will fulfil the long pending demand of the Tamils across the world. It will also provide India an opportunity to correct itself,” he said.

TAGS :  India ,  Sri Lanka ,  war crimes ,  Karunanidhi ,
Disclaimer: All the comments will be moderated by the AD editorial. Abstain from posting comments that are obscene, defamatory or slanderous. Please avoid outside hyperlinks inside the comment and avoid typing all capitalized comments. Help us delete comments that do not follow these guidelines by flagging them(mouse over a comment and click the flag icon on the right side). Do use these forums to voice your opinions and create healthy discourse.