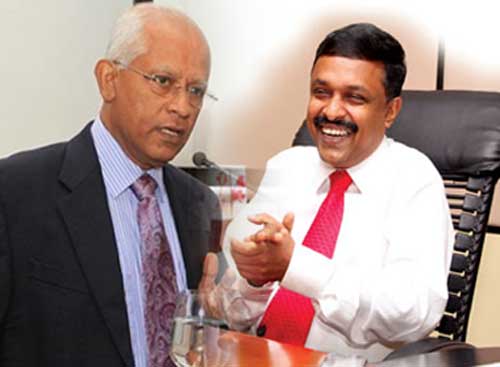 Ada Derana reporter said that Weeratunga and Palpita were charged with illegally spending over Rs.600 million belonging to the TRC funds in a bid to purchase ‘Sil’ clothes for Buddhist devotees around the island during the last Presidential election.

Both Weeratunga and Palpita have not pleaded guilty to the charges against them.

The two were released on a cash bail of Rs.100,000 each and three personal bails of Rs.1 million each by Judge Kusala Sarojini Wijewardena.

TAGS :  Lalith Weeratunga ,  Secretary ,  former President ,  Anusha Palpita ,  Telecommunications Regulatory Commission ,  TRC ,
Disclaimer: All the comments will be moderated by the AD editorial. Abstain from posting comments that are obscene, defamatory or slanderous. Please avoid outside hyperlinks inside the comment and avoid typing all capitalized comments. Help us delete comments that do not follow these guidelines by flagging them(mouse over a comment and click the flag icon on the right side). Do use these forums to voice your opinions and create healthy discourse.