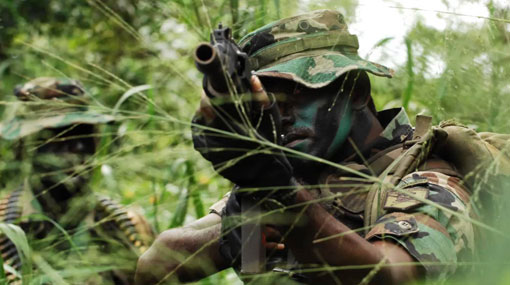 The joint exercise has resulted in “instilling confidence in each other’s capability to counter the common threat of terror”, a statement by the Indian Defence Ministry said.

The exercise demonstrated the determination of the two Armies in working closely with each other to eradicate the menace of terrorism in all its forms, it added. (PTI)

TAGS :  India ,  Sri Lanka ,  army exercise ,
Disclaimer: All the comments will be moderated by the AD editorial. Abstain from posting comments that are obscene, defamatory or slanderous. Please avoid outside hyperlinks inside the comment and avoid typing all capitalized comments. Help us delete comments that do not follow these guidelines by flagging them(mouse over a comment and click the flag icon on the right side). Do use these forums to voice your opinions and create healthy discourse.