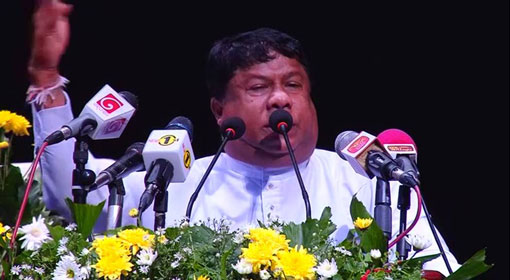 Kodikara was arrested when he arrived at the police station to give a statement in this regard.

The police said that the former Minister had attempted to enter a hall where the sittings were taking place by the Presidential Commission of Inquiry (CoI), despite the announcement of the commission’s officials.

Kodikara will be produced before the Colombo Magistrate’s Court today.

TAGS :  Upali Kodikara arrested ,  Upali ,  Kodikara ,  arrested ,
Disclaimer: All the comments will be moderated by the AD editorial. Abstain from posting comments that are obscene, defamatory or slanderous. Please avoid outside hyperlinks inside the comment and avoid typing all capitalized comments. Help us delete comments that do not follow these guidelines by flagging them(mouse over a comment and click the flag icon on the right side). Do use these forums to voice your opinions and create healthy discourse.