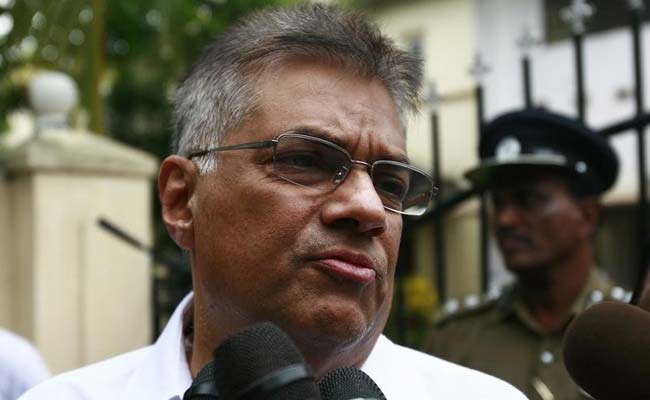 Sri Lanka will allow future submarine visits by China provided they are not too frequent, Prime Minister Ranil Wickremesinghe has said underlining that the mistrust with India in the past could have been avoided if it had been kept in the picture about the dockings.

“We have put out the criterion for visits by naval ships. Under that, ships including submarines from all countries can visit Sri Lanka. As far as we are concerned if it is a friendly visit we will inform the neighbouring countries and we will spread out the (frequency of the) visits,” he said in an interview published in The Straits Times.

“The problem with the last visit by a Chinese submarine was that India claims it was not informed. So far, from what we found out, that seems to be correct,” the Singapore daily quoted Mr Wickremesinghe as saying.

Mr Wickremesinghe suggested that some of the mistrust could have been avoided if India had been kept in the picture about the visit by the Chinese submarine, which was en route to deployment in the Gulf of Aden.

He offered a cautious assessment of relations with New Delhi, saying “ties with India are improving”. In future, Sri Lanka will set out definite criteria for calls by foreign naval ships.

“We are doing an Economic and Technological Cooperation Partnership with India. A Free Trade Agreement (FTA) with China will follow and hopefully, also with Singapore after that.”

“We have an FTA with India but we have to upgrade it to economic and technological collaboration. We are looking at (India’s strengths in) software, and Indians are looking at what they can get from us. The new Indian government is favourable to it,” he said.

TAGS :  Prime Minister Ranil Wickramasinghe ,  Prime Minister ,  Ranil Wickramasinghe ,
Disclaimer: All the comments will be moderated by the AD editorial. Abstain from posting comments that are obscene, defamatory or slanderous. Please avoid outside hyperlinks inside the comment and avoid typing all capitalized comments. Help us delete comments that do not follow these guidelines by flagging them(mouse over a comment and click the flag icon on the right side). Do use these forums to voice your opinions and create healthy discourse.