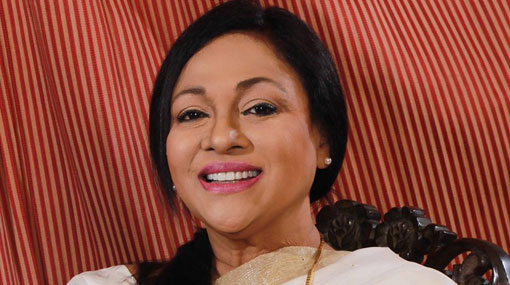 The Criminal Investigation Department (CID) has sought the approval of the Speaker to question MP Geetha Kumarasinghe about allegations that she is a dual citizen of Sri Lanka and a European country.

According to several provisions included in the 19th amendment to the constitution, Geetha Kumarasinghe would lose her seat in the Parliament if found guilty of the charge.

According to the provisions, Sri Lankan nationals who possess dual citizenships are not permitted to contest in the General Election.

TAGS :  Geetha Kumarasinghe ,  Geetha ,  Kumarasinghe ,  dual citizenship ,
Disclaimer: All the comments will be moderated by the AD editorial. Abstain from posting comments that are obscene, defamatory or slanderous. Please avoid outside hyperlinks inside the comment and avoid typing all capitalized comments. Help us delete comments that do not follow these guidelines by flagging them(mouse over a comment and click the flag icon on the right side). Do use these forums to voice your opinions and create healthy discourse.