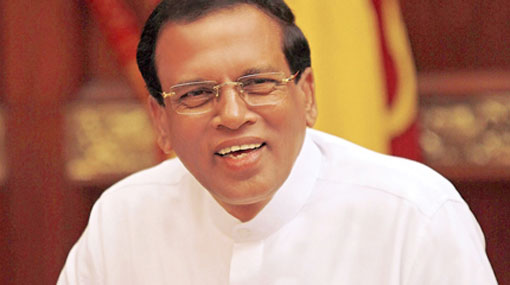 President Maithripala Sirisena has issued a directive to the IGP to expedite the investigation in connection with the disappearance case of a police Sergeant who was a witness in the case in which several top cops including a DIG are suspected of allegedly involved in a treasure hunting incident in Vavuniya.

Police Sergeant P. Gunatilake, who gave a statement at the Police HQ in connection with the illegal excavation carried out in Kudakachchakodiya area in Vavuniya, went missing on August 07.

The statement was recorded few days prior to his disappearance, a police officer said.

Former Vavuniya DIG U.K. Dissanayake and a Chief Inspector, who were arrested with respect to the case, have been remanded till October 21.

The DIG had allegedly chaperoned a group of individuals to carry out the illegal excavation in search of buried treasure. Dissanayake surrendered to the Criminal Investigation Department (CID) last month.

TAGS :  President Maithripala Sirisena ,  Maithripala Sirisena ,  Maithripala ,  Sirisena ,  Vavuniya DIG ,  Dissanayake ,
Disclaimer: All the comments will be moderated by the AD editorial. Abstain from posting comments that are obscene, defamatory or slanderous. Please avoid outside hyperlinks inside the comment and avoid typing all capitalized comments. Help us delete comments that do not follow these guidelines by flagging them(mouse over a comment and click the flag icon on the right side). Do use these forums to voice your opinions and create healthy discourse.