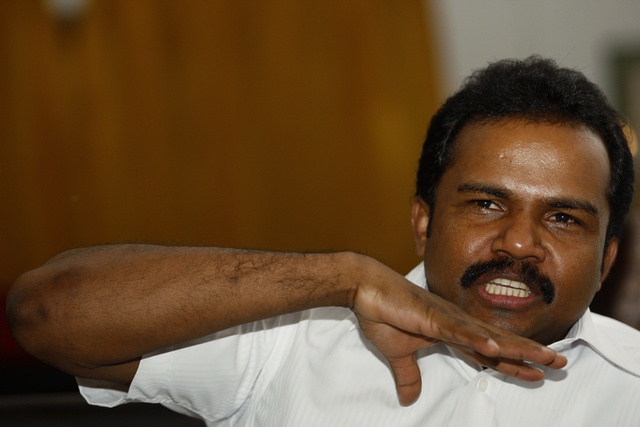 Karuna Amman told Ada Derana he made the decision owing to personal reasons.

“I had no issues with the SLFP. But, I took the decision for the sake of my future political career,” he added.

TAGS :  Vinayagamoorthy Muralitharan ,  Karuna Amman ,  SLFP ,
Disclaimer: All the comments will be moderated by the AD editorial. Abstain from posting comments that are obscene, defamatory or slanderous. Please avoid outside hyperlinks inside the comment and avoid typing all capitalized comments. Help us delete comments that do not follow these guidelines by flagging them(mouse over a comment and click the flag icon on the right side). Do use these forums to voice your opinions and create healthy discourse.