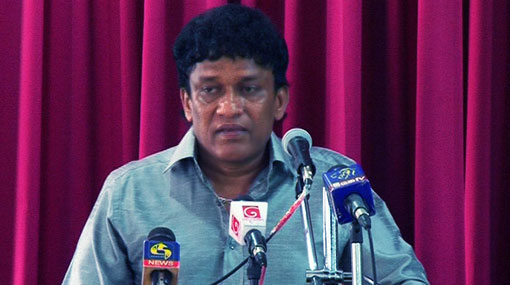 The Ranil Wickremesinghe government is open to the idea of allowing Tamils held under the Prevention of Terrorism Act (PTA) to get bail, the New India Express quoted the Minister for National Dialogue on Ethnic Issues Mano Ganeshan as saying.

Ganeshan has said that those under trial and those detained without any charges having been filed against them yet, could be enlarged on bail. But those who had been convicted could be released only by the President of the country. Releasing convicts is a Presidential prerogative, he explained.

However, the Commissioner of Prisons, Rohana Pushpakumara told this correspondent that there is no one in detention now without a charge. Forty eight have been convicted and are serving a sentence, 116 have cases against them in High Courts and 62 in Magistrates ‘courts. According to the Minister of Justice, Wijedasa Rajapakse, there are no “political prisoners” in Sri Lanka and those alluded to as “political prisoners” are those held under PTA.

Asked if bail could be granted to a person in detention under PTA, senior lawyer K.Neelakandan said that bail is possible.”The courts have wide powers,” he said.

About 150 of the Tamil detained had gone on a fast unto death earlier this month but had broken it when the Minister of Justice assured them that government will find a solution to their problem by November 7. The government is mulling a less stringent anti-terror law.

TAGS :  India ,  Sri Lanka ,  war crimes ,
Disclaimer: All the comments will be moderated by the AD editorial. Abstain from posting comments that are obscene, defamatory or slanderous. Please avoid outside hyperlinks inside the comment and avoid typing all capitalized comments. Help us delete comments that do not follow these guidelines by flagging them(mouse over a comment and click the flag icon on the right side). Do use these forums to voice your opinions and create healthy discourse.