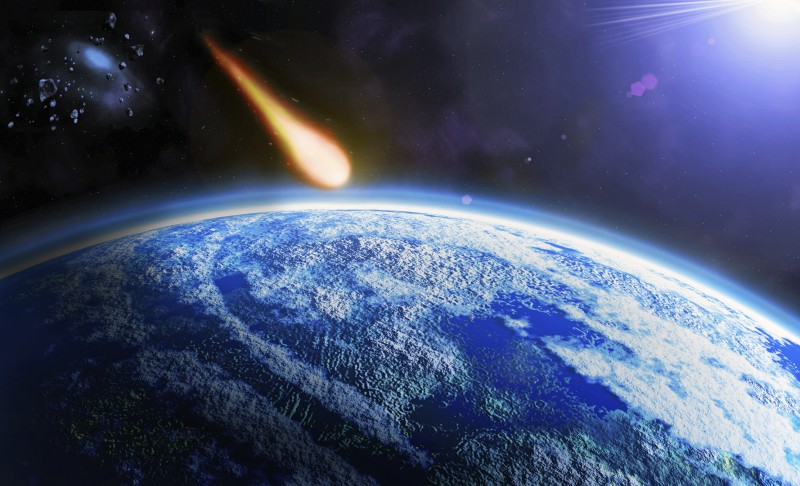 Falling space junk to create fireball in the sky: experts

A piece of space junk will fall back to Earth next month, giving researchers a chance to study how incoming objects behave when they hit the planet’s atmosphere.

The object, which is known as WT1190F, is expected to enter Earth’s atmosphere on November 13 above the Indian Ocean, about 62 miles south of Sri Lanka. The impending impact poses little risk to people, experts say.

“The object is quite small, at most a couple of meters in diameter, and a significant fraction if not all of it can be expected to completely burn up in the atmosphere,” Tim Flohrer, of the European Space Agency’s (ESA) Space Debris Office at the European Space Operations Center in Germany, said in a statement.

WT1190F’s demise should be dramatic to people near the entry site nonetheless, generating a bright fireball in the daytime sky, ESA officials said.

WT1190F was detected earlier this month by astronomers with the Catalina Sky Survey in Arizona, who subsequently realized that they had imaged the object in 2013 as well. The team’s observations revealed that WT1190F orbits Earth every three weeks on a highly elliptical path.

Astronomers have also learned that the object is not dense enough to be a rocky body such as an asteroid and is therefore probably a piece of space junk, researchers said. “This density is in fact compatible with the object being a hollow shell, such as the spent upper stage of a rocket body or part of a stage,” Detlef Koschny, who’s responsible for near-Earth object (NEO) activities at ESA’s Space Situational Awareness program office, said in the same statement.

TAGS :  WT1190F ,  space junk ,  Sri Lanka ,
Disclaimer: All the comments will be moderated by the AD editorial. Abstain from posting comments that are obscene, defamatory or slanderous. Please avoid outside hyperlinks inside the comment and avoid typing all capitalized comments. Help us delete comments that do not follow these guidelines by flagging them(mouse over a comment and click the flag icon on the right side). Do use these forums to voice your opinions and create healthy discourse.