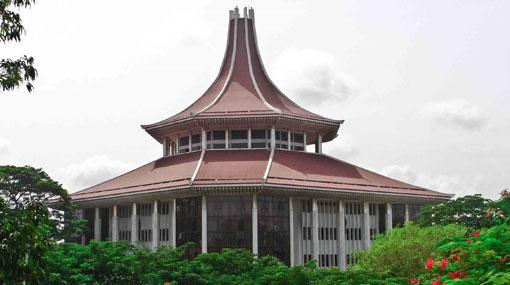 A JVP activist on Thursday (05) won a lawsuit against the police department who claimed his fundamental rights were breached with the police had arrested him on the charges of displaying a banner which contained a message criticising the former President during the last Presidential election.

The Supreme Court has ordered the police to pay a compensation of Rs. 20,000 to the person, Ada Derana Court reporter says.

The verdict was announced when the case was taken up for hearing before a bench headed by Justice Anil Gunaratne.

Danister Gunasekara, through his petition argued that his fundamental rights were violated as the Tangalle police had arrested him for displaying the banner at his residence and later producing him before a magistrate over the incident.

TAGS :  Former President Mahinda Rajapaksa ,  Former President ,  Mahinda Rajapaksa ,  JVP ,  activist ,  JVP activist ,
Disclaimer: All the comments will be moderated by the AD editorial. Abstain from posting comments that are obscene, defamatory or slanderous. Please avoid outside hyperlinks inside the comment and avoid typing all capitalized comments. Help us delete comments that do not follow these guidelines by flagging them(mouse over a comment and click the flag icon on the right side). Do use these forums to voice your opinions and create healthy discourse.