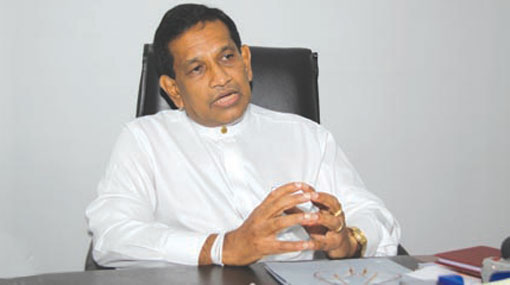 He made this observation at the weekly cabinet press briefing held at the Government Information Department this morning (09).

“President Sirisena will closely monitor the investigations and he would also hold discussions with several Cabinet Ministers and law enforcement officials on this regard,” said Senaratne.

He also added further steps on the controversial Avant Garde issue will be taken accordingly.

TAGS :  President Maithripala Sirisena ,  Maithripala Sirisena ,  Maithripala ,  Sirisena ,  Avant Garde issue ,
Disclaimer: All the comments will be moderated by the AD editorial. Abstain from posting comments that are obscene, defamatory or slanderous. Please avoid outside hyperlinks inside the comment and avoid typing all capitalized comments. Help us delete comments that do not follow these guidelines by flagging them(mouse over a comment and click the flag icon on the right side). Do use these forums to voice your opinions and create healthy discourse.