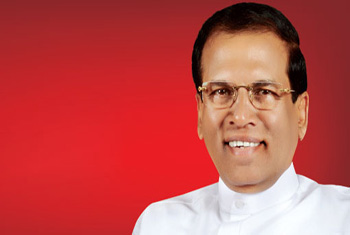 President thanks MPs who voted for budget

President Maithripala Sirisena has made special appreciation and thanked all Government and opposition MPs who voted in favor of the Budget, the President’s Media Division said.

The second reading of the 2016 Budget was passed in Parliament with a majority of 107 votes.

The President also visited the parliament today to hear the second reading debate on the budget.

TAGS :  Maithripala Sirisena ,  President ,  Budget ,  PMD ,
Disclaimer: All the comments will be moderated by the AD editorial. Abstain from posting comments that are obscene, defamatory or slanderous. Please avoid outside hyperlinks inside the comment and avoid typing all capitalized comments. Help us delete comments that do not follow these guidelines by flagging them(mouse over a comment and click the flag icon on the right side). Do use these forums to voice your opinions and create healthy discourse.