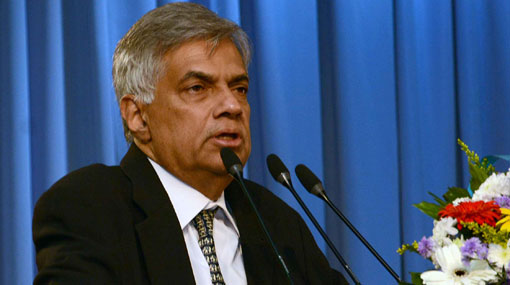 Prime Minister Ranil Wickremesinghe says that the government expects to hold the Local Government election before the next Sinhala and Tamil New Year.

However, as there are issues which need fixing when establishing a new electoral system, there is a difficulty is implementing it, he said in Parliament today.

The Prime Minister also spoke about the importance of giving women a rightful place within this political system.

In September, Wickremesinghe had said that there is no reason to postpone the Local Government election which was scheduled to be held in March next year.

However, State Minister of Finance Lakshman Yapa Abeywardena on Wednesday said that it is unlikely the election will be held in March.

TAGS :  PM ,  Ranil Wickremesinghe ,  Parliament ,  LG ,  election ,
Disclaimer: All the comments will be moderated by the AD editorial. Abstain from posting comments that are obscene, defamatory or slanderous. Please avoid outside hyperlinks inside the comment and avoid typing all capitalized comments. Help us delete comments that do not follow these guidelines by flagging them(mouse over a comment and click the flag icon on the right side). Do use these forums to voice your opinions and create healthy discourse.