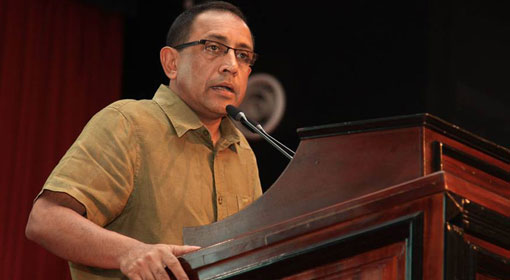 Parliamentarian Hirunika Premachandra would be arrested if the police investigations disclose any evidence against her in connection with the youth abduction incident in Dematagoda, Minister Kabir Hashim says.

The Minister made the observation in response to a question raised by a reporter at a press conference held in Colombo today (30).

“Law and order is equal to all now. Despite the fact that one is a minister or MP, law is equal for everyone under the new rule,” Hashim said.

He also assured neither the President nor the Prime Minister had influenced the police inquest with respect to the incident.

Thus far, eight suspects have been remanded in connection with the abduction case.

A 34-year-old was abducted by a group of individuals who had arrived in a Land Rover Defender which is reportedly owned by MP Hirunika Premachandra. The victim who is a resident of Kolonnawa was abducted by the group on December 21 in Dematagoda area over a clandestine love affair between the victim and one of the suspects’ wives.